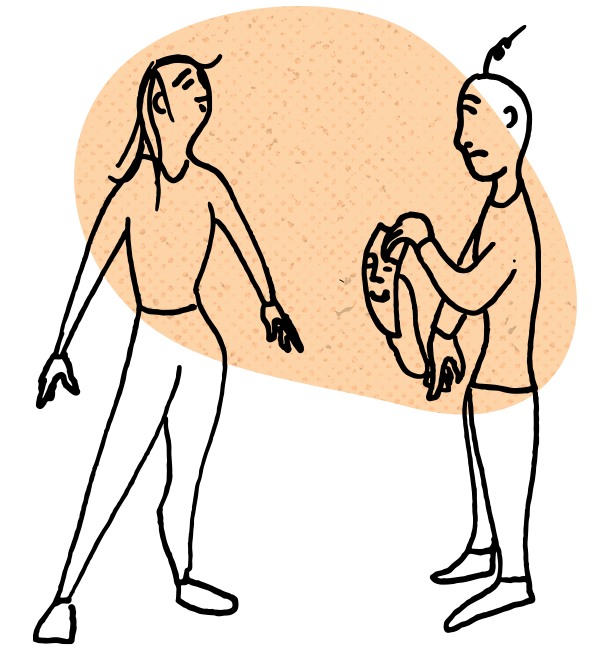 The field of clinical treatment and therapeutic intervention for the spectrum of disorders related to compulsive sexual behavior and sex addiction is still a newly emerging field, yet to even gain legitimacy within the larger psychological community. Research, professional debate, and clinical development have been predominantly focused on the nature of sex addiction, how to describe and classify it diagnostically and how to best treat the addict. In the context of such advancements, there has concurrently been a profound neglect of partners and spouses of sex addicts. Traditional treatment models for sex addiction have systematically excluded partners. Current clinical models that actually do address the partner or spouse of sex addicts have developed and are fundamentally organized around the single-concept and diagnosis of co-addiction or codependency, which basically understands the partner as having her own disease termed co-addiction or co-dependence. The concept of co-dependence comes directly out of Alcoholics Anonymous and was adopted by the sex addiction field and applied to partners and spouses. Codependency is defined as a process addiction – an addiction to certain mood-altering behaviors, such as a tendency to behave in overly passive or excessively care-taking ways that negatively impact one’s relationships and quality of life. While the sex addiction field and its practitioners wander between either no substantial model or the co-addiction model for understanding and treating partners, the reality of what partners experience and their actual clinical needs continue to be minimized, obscured, and gravely misunderstood. Partners actually often experience clinically significant sex addiction-induced trauma (SAI-Trauma), which is the specific type of trauma and traumatic symptom clusters that result from the direct impact of the sex addiction and the associated chronic patterns of sexual acting out, relational perpetration, emotional abuse, deception, betrayal, psychological manipulation, and compartmentalization. The clinical complexities and the degree and extent of psychological destabilization, ego fragmentation, relational and social ruptures and post-traumatic symptoms seen among partners are profound. Sex addiction-induced trauma is particularly acute around discoveries (finding out about sexual acting out, deception and relational violations), disclosures (being told about sexual acting out, deception and relational violations) and around the continued traumatic incidents that result from the presence of sexual addiction in an intimate relationship and family system. Partners often present with a set of symptoms that match symptoms similar to rape trauma syndrome (RTS) and complex post-traumatic-stress disorder (CPTSD), including psycho-biological alterations, re-experiencing of the trauma, social and emotional constriction, constant triggering and reactivity, significant anxiety, emotional arousal and hyper-vigilance. Sex addiction-induced trauma is a highly specific type of trauma that involves nuanced symptoms that can include fear and panic of potential disease and contamination, fear of child safety and potential of child molestation, social isolation, embarrassment and shame and intense relational rupture and attachment injuries. What most people outside the field do not know is that despite the significant symptoms of trauma that partners experience, the traditional sex addiction field to this day still ignores these trauma-related symptoms and focuses instead on diagnosing partners as “co-addicts” and emphasizing treatment of codependency. It is common for trauma to never be mentioned. In fact, often a partner is “educated” that her responses and symptoms are actual “symptoms of co-addiction” that need treatment and management. In fact, few practitioners in the sex addiction field even know the term “sex addiction-induced trauma.” The field, entrenched in outdated patriarchal constructs and a narcissistic framework, is largely still unresponsive to the clinical needs of this population. The alarming discrepancy between the help that partners of sex addicts desperately need and the professional therapeutic care that exists is a serious health crisis in the field of sex addiction and the psychological field in general. Existing models for treating partners of sex addicts that are based solely on co-addiction and codependency are inadequate, clinically contra-indicated and wrought with ethical and moral challenges. Partners and spouses of sex addicts are a profoundly and clinically traumatized population who are disenfranchised from adequate, informed care and ethical treatment. There are many, many partners and spouses who continue to be further harmed, confused, disoriented and re-traumatized by traditional co-addiction treatment interventions that focus on educating and helping partners with their “own disease” called co-addiction while ignoring the treatment of trauma and CPTSD. In fact, the co-addiction model as it manifests in the treatment of partners and spouses of sex addicts, and applied most often to women, is a form of gender-based violence. There is a serious need for professionals in the field to own the inherent responsibility to do no harm and to mobilize around efforts that advance the clinical treatment of partners. Particularly in the context of the Internet and the emergence of cyber-sexuality, there is an increasing need to understand partners impacted by sex addiction and compulsive sexual behavioral patterns. Such efforts would include both theoretical and applied research, needs assessments on this population and an increase in rigorous intellectual and academic debate and discussion regarding the co-addiction model versus C- PTSD/SAI-T. Specific focus on clinical intervention is imperative and how to integrate sex addiction-induced trauma into the treatment of partners. There is also a dire need for both professional and public education on the impact sexual acting out has, and is having, on the lives of women, children, and men, particularly in the context of the cyber-sexual evolution we find ourselves. This is a call for compassionate and responsible action. 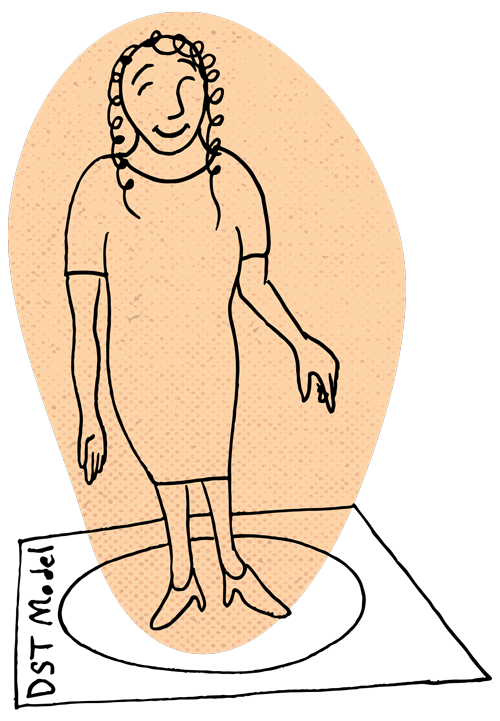 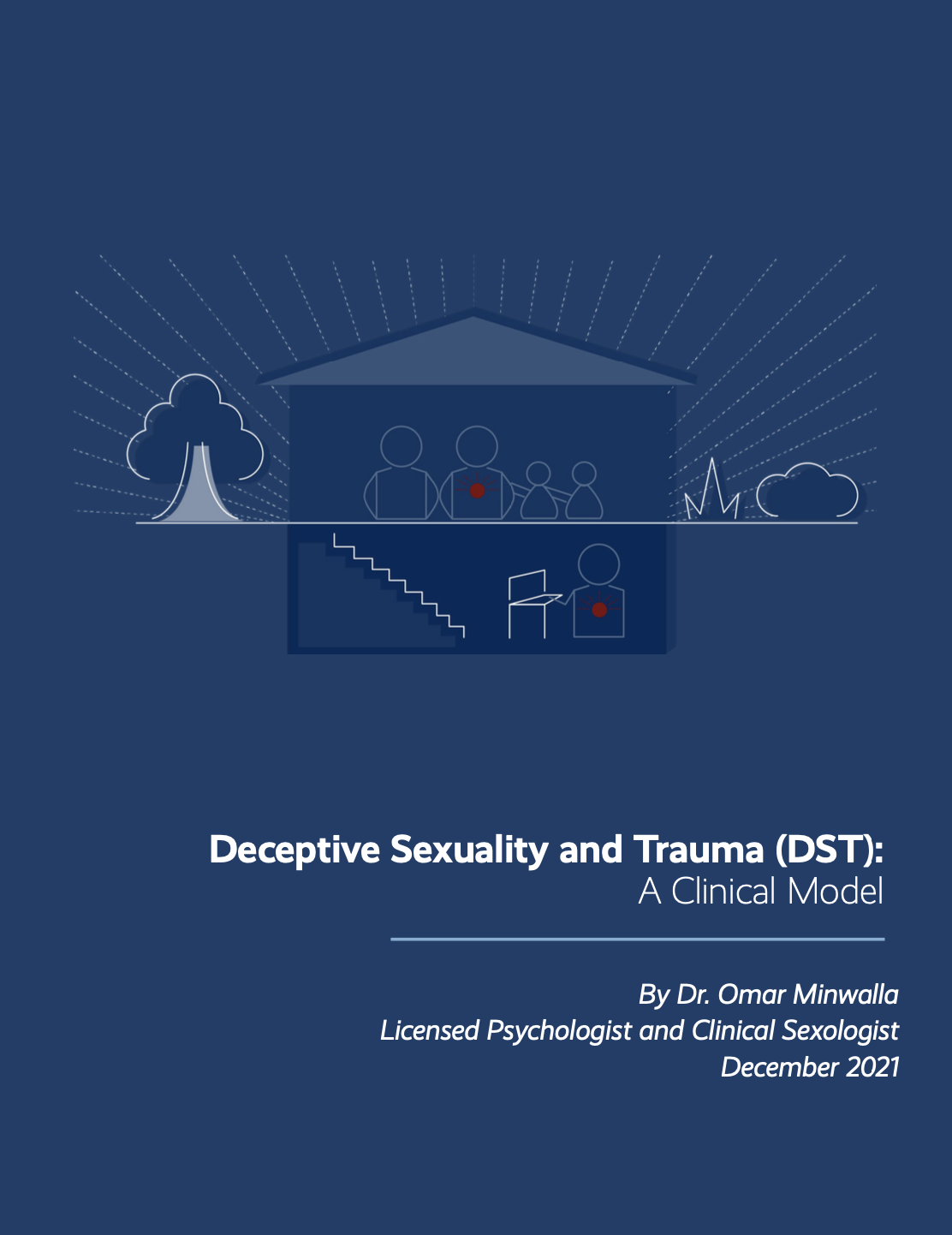 Sign up to receive updates on our podcast, courses, and more.

Thank you! Your submission has been received!
Oops! Something went wrong while submitting the form.